“My work for SIGNA is not photographic in nature.
Nor are the photos and films a result of my work,
but rather the intensity that defines SIGNA’s work.
Intensity is an important part of the story I am telling.”

With very few exceptions, i collaborate as the exclusive photographer for SIGNA’s work since Seven Tales of Misery in 2006. I am an essential contributor to the representation of their work.
I am working in partnership with Arthur Köstler.
SIGNA is a Copenhagen based artistic collective founded by Signa & Arthur Köstler. Developed since 2001 from performances by Signa Sørensen (now Köstler), the fundamental concept of their projects is best described as performance installation. Each project is a devised site-specific performance played in non-traditional art spaces. …
For more informations about SIGNA visit: www.signa.dk 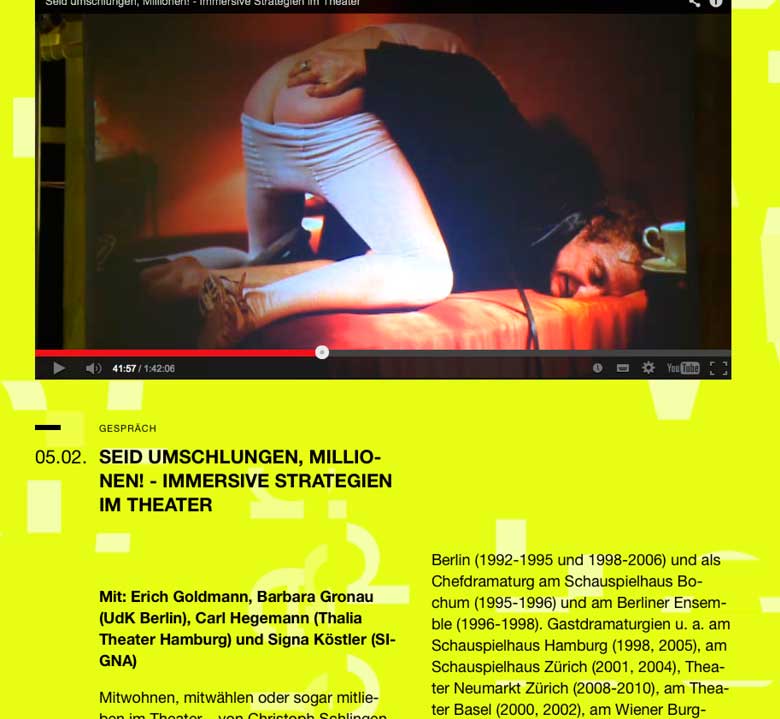